10 Netflix Originals You Need To Watch This Winter | Pzazz Magazine 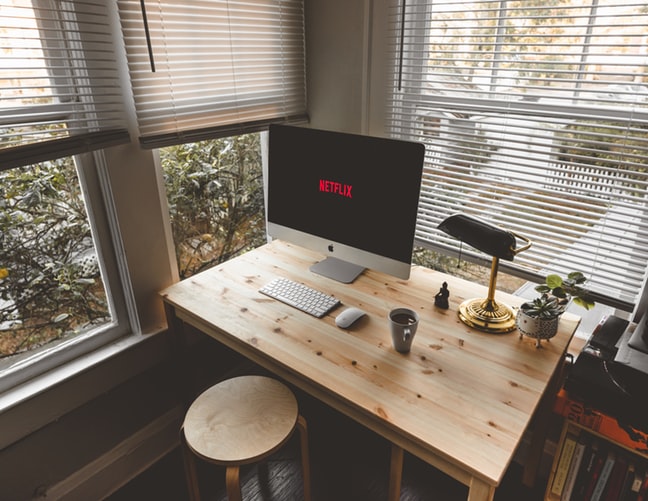 With the arrival of long, dark winter nights, now is the perfect time to snuggle up with a blanket, a cuppa and a good show. So, we’ve gathered together a list of Netflix Originals to watch over the festive season.

Including a mixture of feel-good Christmas comedies, dark thrillers and fantastical tales, there is sure to be something for everyone!

Directed by Martin Scorsese and staring Robert De Niro and Al Pacino, The Irishman is an epic crime biopic, based on the life of alleged Mafia hitman, Frank Sheeran.

Stephanie Zacharek, writing for TIME magazine describes the film as ‘beautifully constructed’ and ‘deeply moving.’. Coupled with a 96% rating on Rotten Tomatoes, it looks like The Irishman is a hit with the public and critics alike.

Based on the popular fantasy book series by Andrzej Sapkowski, The Witcher, centers around Geralt (Henry Cavill) as he teams up with Princess Ciri (Freya Allan) and Sorceress Yennefer (Anya Chalotra). It’s a series with a multitude of characters, each with their own story, so if you loved Game Of Thrones, Outlander, Black Sails or The Vikings, this might be right up your street!

Winter is the perfect time to cozy up with a lighthearted, feel-good romantic comedy and Holiday in the Wild offers just this. Following Derek (Rob Lowe) and Kate (Kristin Davis) as they fall in love in Zambia whilst working at an Elephant Sanctuary. Described as ‘stupid but charming’ by Stuart Heritage in his review for The Guardian, this sounds like the ideal movie to switch off to after a stressful day in the office.

If you’re an 80’s kid, you probably remember being terrified by the Skeksis as they devoured a truly disgusting meal in Jim Henson’s 1982 movie, The Dark Crystal. So you may be excited to learn (if you didn’t know already) that in August Netflix released a prequel to the infamous fantasy puppet film, in the form of a series. Regardless of whether you’ve seen the original movie, this is a truly beautiful and passionately created project. With Simon Pegg, Eddie Izzard and Andy Samberg included in the voice-cast and a host of talented puppeteers this is a must watch for fantasy fans or anyone fancying something a little different.

If a gory psychological thriller sounds far more enjoyable than a Rom-Com, then The Perfection offers an unpredictable and gruesome evening of entertainment. Focusing on troubled-young cellist Charlotte (Allison Williams), we follow her as she befriends Lizzie (Logan Browning) and they descend down an insane, sinister path together.

(Trigger Warnings for references towards rape and sexual abuse)

A charming, family-friendly, animated tale of the origins of Santa Claus by the co-creator of Despicable Me.  The voice-cast includes Rashida Jones (Parks & Rec) and Jason Schwartzman (Scott Pilgrim vs The World). Beautifully animated with a heart-warming message, this is the perfect family film for the holiday season and a great way to answer a child’s questions about Santa.

Starring Natasha Lyonne (Orange is the New Black), Russian Doll follows Nadia as she finds herself dying and reliving her 36th birthday in an endless surreal loop. This is a drama-comedy that strikes a strong balance between thought-provoking messages and dark humour. With a great cast and a brilliant script, you end up feeling as entangled in the loop as Nadia herself.

A Christmas Comedy with plenty of heart, Holiday Rush tells the story of a wealthy radio DJ (Romany Malco) as he loses his job on the lead up to Christmas. Feeling pressured by his kid’s expensive wishlists he hatches a plan to buy a different radio station. Yet, in doing so, the whole family will need to adjust to life on a tight budget. A festive film with a warm message on the importance of family over wealth.

If you fancy something a little different, then this animated french film might just be for you. I Lost My Body (directed by Jeremy Clapin) follows the journey of a disembodied hand as it searches for its body. Described as a ‘beautifully haunting tale’ by Mark Kermode in his review for The Guardian and winning the top prize at The International Critic’s Week during Cannes Film Festival, I Lost My Body is a clever, melancholic piece of cinema.

A Rom-Com starring comedians Ali Wong and Randall Park following childhood friends, Sasha and Marcus, as they reconnect as adults. Always Be My Maybe is a typical Rom-Com with all the tropes of the genre but it offers this with an Asian-American twist, presenting diversity often lacking in mainstream romance. Also, Keanu Reeves stars as the rival romantic interest, so if that isn’t enough to sell you, I don’t know what is!

Are you excited for any of these? Let us know in the comments below!

Long-Distance Relationships – How To Make Them Work?
What Is Dopamine Fasting? And Does It Work?
Advertisement