12 Movies All Women Must Watch In Their Lifetime! | Pzazz Magazine 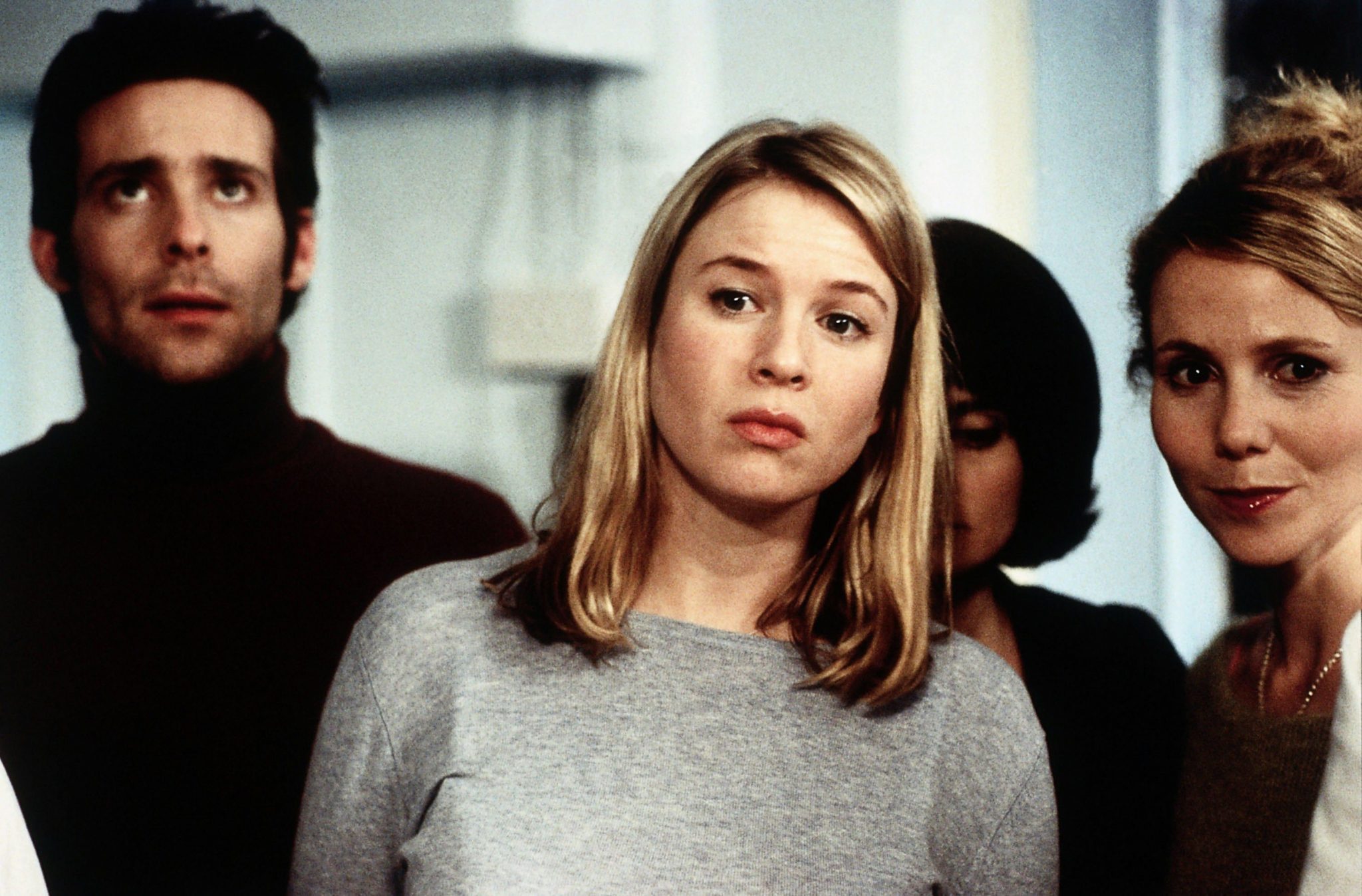 Since the early 1900s, people have turned to the big screen for entertainment. From silent movies to the Golden Age and today’s CGI boosted films, Hollywood offers us a way to escape from our daily life. Some films inspire us, teach us a life lesson or provide us with some comedy in times of despair.

These are films every woman should watch once in her lifetime. Grab some popcorn, sit back and let us take you through dramas, action, comedies, and epic love stories. 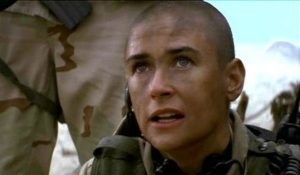 Demi Moore captured the hearts and imaginations of women around the world in G.I Jane. Chosen as the first woman to train with the elite Marines, Jane must endure sexism, abuse, and ridicule as she desperately tries to prove that she can keep up with the men. The movie received worldwide acclaim, and it’s one of Moore’s most infamous roles. Not many actresses would shave their heads for a role, but Demi Moore shows every woman how to go after what they want. 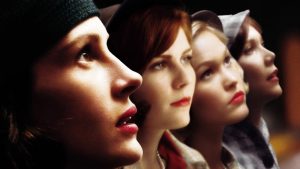 Another great movie for young women is Mona Lisa Smile. The film is set in a prestigious 1950s school, where an idealistic art teacher takes a job. She has to ensure the wrath of other faculty members and parents as she refuses to conform to the social stereotypes. The most important thing she teaches young women is how to think for themselves and not conform to marriage and children if they don’t want to.

Julia Roberts takes the starring role in this brilliant movie, with appearances from Kirsten Dunst and Julia Stiles. 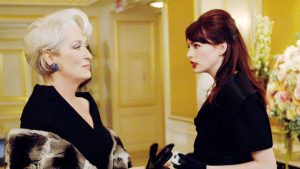 If it’s got Meryl Streep then it’s bound to be a great movie, right? The Devil Wears Prada is one of her most prominent roles, and she plays the overbearing boss of a fashion magazine brilliantly. The movie shows the perils young women face in climbing the career ladder and the problems between them and their older counterparts. Both funny and disturbing, The Devil Wears Prada is a great movie. 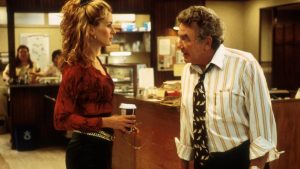 If you haven’t seen Erin Brockovich, where have you been?! We thought we should mention it anyway because it’s way too good for anyone to miss. As a single mum, Brokovich needs a job but struggles to find one. Her determined attitude and big mouth land her a role as a legal assistant where she uncovers a scandal. Erin Brockovich is a movie that has inspired women everywhere, to follow their dreams. Julia Roberts takes the starring role, and it’s based on a true story. 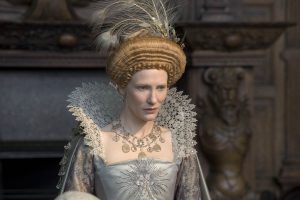 There are two movies about Queen Elizabeth I, but the second shows her unyielding determination in a world dominated by men. Cate Blanchett heads up an all-star cast as the Queen deals with a potential war, and unrequited love. The movie is made better by the stunning costumes, cinematography and Blanchett’s epic portrayal as The Virgin Queen. 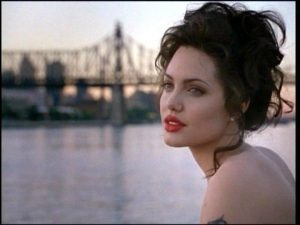 Gia is one of Angelina Jolie’s first movies, and it focuses on the tragic life of supermodel Gia Carangi. The movie shows the harsh reality of the modelling world and the effect it has on young women. Gia Carangi was a drug addict, known for her volatile behaviour. Unfortunately, she died of AIDS very young and is a cautionary tale for women everywhere.

Jolie shot to fame after her portrayal of Gia Carangi and it’s considered as her breakthrough role. Elizabeth Mitchell also stars as Linda, the love interest of Carangi.

American Beauty is one of Kevin Spacey’s best movies, and it focuses on suburban America. Spacey stars as a bored father, who becomes attracted to his daughters best friend. Attraction soon becomes an infatuation, which leads Spacey and his family down a dark path of discovery and betrayal. 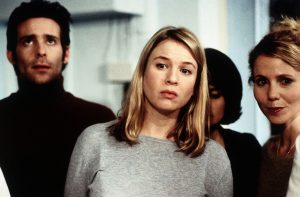 We couldn’t list just one Bridget Jones movie, so we’ve included them all. There’s nothing more satisfying than curling up on the sofa for a Bridget Jones evening – really we’ve tried it. Renee Zellweger stars as the hapless Bridget Jones, a thirty-something professional searching for love. The three movies follow Bridget through love, loss, embarrassing moments and the happiness she’s searched for. The motto? Always be comfortable in your own skin and change for nobody. 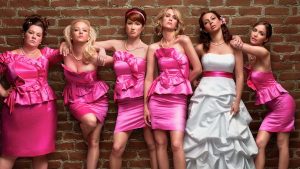 Bridesmaids is one of the funniest movies ever made, with a brilliant cast. After finding out her friend is getting married, a woman faces competition with the bride’s new friend. With tons of cringe-worthy moments and a comedic performance from Melissa McCarthy, Bridesmaids is unmissable! 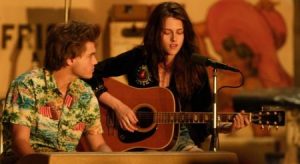 This true story is based on the short life of Christopher McCandless. After graduating from college, McCandless decides he’s had enough of conforming to society’s standards and embarks on a trip into the wild. His travels take him across America, but he still yearns for absolute peace and freedom from society. The moral of this story is that happiness can be found from experience, but isolation can make us remember what we’re missing from people. 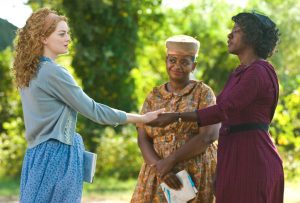 We know how much racism impacts society, and The Help takes us back to a time when African American women were maids and housekeepers for rich white southern families. The book is set in the 1960s, which was an important time for the African American community and is told through the eyes of the maids and the hardships they experience on a daily basis.

Gone With The Wind 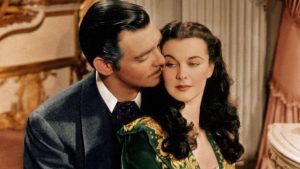 Scarlet O’Hara is an iconic character, but in recent times, we’ve forgotten the power of Gone With the Wind. Released in the 1930s, it starred the beautiful Vivien Leigh and handsome Clark Gable. The film is set in the American Civil War and focuses on the feminine powers of Scarlet O’Hara and how she can manipulate and control even the most powerful of men. Gone With The Wind is a stunning movie which every woman should watch at least once.

Relationship Types: Which is Right For You?
Books Everybody Should Read Once!
Advertisement