Books Everybody Should Read Once! | Pzazz Magazine 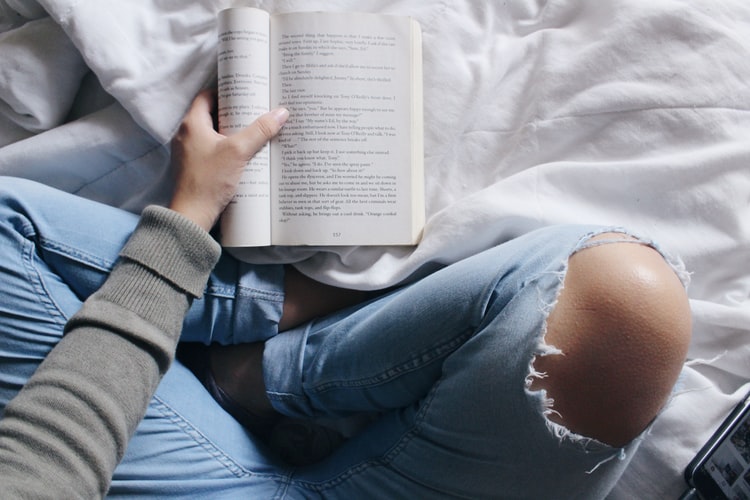 Books aren’t just for entertainment, they can change your life. Words are a powerful weapon, and some novels change sociological perceptions. We all know that life hasn’t been easy for women, and these books offer wisdom, inspiration, and valuable life lessons. These books should be at the top of your reading list.

Nazi Germany is a time we’d all like to forget, but one girl inspired millions of young women with her words. Anne Frank was a young Jewish girl, forced to hide in an attic with her family to avoid capture by the Nazis. Her diary gives readers a harrowing look at what it’s like to lose your freedom, and the daily fears Anne and her family encountered. What makes this book an emotional read, is her enduring hope, in such desolate times.

Anne Frank faced puberty while hiding in the attic, and we see her growing up, discovering more about life and facing her inevitable fate. The diary is full of sadness, but it has been passed down from generations of women. If you haven’t read it, then pick it up today.

Margaret Atwood is an incredible writer, and The Handmaid’s Tale shows her creative talents. The book is set in the future, where a Christian group have overthrown the US government and created their own dystopian society. Women are slaves to men, and Handmaid’s who were once free women, are now responsible for bearing children. This dark look at the future shows us what happens when religion takes precedence over law and is a popular TV series.

The Age of Innocence – Edith Wharton

This book made history because its author was the first women to receive a Pulitzer Prize. Published in 1920, The Age of Innocence centers on a young couple in the 1870s and a woman who seeks to destroy their happiness. The novel focuses on the role of women in an oppressive society, and how the love between two people can endure, even when they are apart.

Atonement is one of the greatest books ever written and was turned into a popular movie starring Keira Knightley. A young woman and man fall in love, embarking on a passionate affair. However, the woman’s younger sister tells a jealous lie, which results in catastrophic consequences. The book is beautifully written and shows us how one small action can destroy lives.

This book is like a bible for women struggling in their life. Elizabeth Gilbert went through a traumatic divorce and embarked on a journey to find herself. Feeling constantly depressed, she travels to India, Indonesia, and Italy, where she finds peace, happiness and a love for travel. Eat Pray Love is the ultimate book for wanderlusters and was adapted for the big screen with Julia Roberts taking the role of Elizabeth.

Gone With The Wind – Margaret Mitchell

Everyone has heard of Gone With The Wind, partly due to the movie which starred Vivien Leigh and Clark Gable. It’s one of the most successful movies of all time, but don’t forget to read the book. The novel focuses on a Southern Belle, during the Civil War and her ruthless attitude.

Scarlett O’Hara wants to marry the noble and dashing Ashley, but Rhett Butler is her second choice. After Ashley marries, Scarlet accepts Rhett’s proposal, but still longs for the day Ashley tells her he loves her. Throughout the book, you’ll see how strong-willed Scarlett is, and her passionate relationship with Rhett unfolding.

He’s Just Not That Into You – Greg Behrendt & Liz Tuccillo

Miranda from Sex and the City found peace and wisdom from the title of this book, and many women have followed in her footsteps. He’s Just Not That Into You is an empowering book, which stops women chasing the wrong men, and trying to get him to commit. It’s a blunt look at how men work and advises women on when it’s time to call it quits and find someone who wants a future with them.

Forget 50 Shades, because Lace is all about the exploits of young women. This controversial book follows four young women as they experiment with sex, and live life to the fullest. Published in 1982, the book shows women in a new light and includes some very raunchy moments!

Little Women is one of those timeless classics, that covers a range of issues women faced in the 1800s. The book focuses on a mother and her children, awaiting their fathers return from war. As they grow into women, we see their different personalities and how it affects the choices each of them makes. The central character is the decisive and strong-minded Jo, who doesn’t conform to the standards society set for women during the time.

To Kill a Mockingbird – Harper Lee

No book has ever defied social conventions like Harper Lee’s To Kill a Mockingbird. The controversial story is told through the eyes of Scout, the young daughter of a prominent lawyer. When a black man is accused of raping a white girl, Atticus Finch decides to be his defense lawyer, opening the young girl’s eyes to the true nature of racism.

Set in the deep south, when racism was at its height, To Kill a Mockingbird teaches us how unfair life can be, and serves as an essential lesson to people of all ages.

Not many women would walk 1,100 miles to deal with their inner demons but Cheryl Strayed did. Hiking through the Pacific Crest Trail she dealt with depression from losing her mother, and all the mistakes she’s made. This inspiring book helps others deal with personal tragedy,  and it also shows that we can do anything when we set our minds to it. They also made it into a movie, starring Reese Witherspoon which received excellent reviews.

12 Movies All Women Must Watch In Their Lifetime!
Five Fabulous Females Smashing 2019
Advertisement