In recent years we’ve seen a surge of powerful women dominating the boardroom, big screen, and politics. There’s no doubt that women are respected now more than ever, and young girls everywhere can take inspiration from a range of powerful women.

Females are directing movies, changing people’s perceptions and making waves within the sporting world. The Women’s World Cup proved how society is now viewing women as equals rather than lesser beings. Here are five females who are defining the standards in 2019. 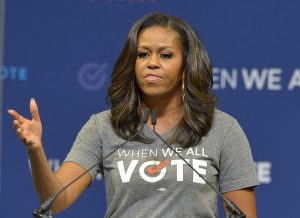 Barrack may not be President anymore, but the former First Lady is dominating 2019. Time Magazine named her as one of their 100 Influential People of 2019, and superstars such as Beyonce speak regularly of their respect for her. Obama supports many causes, including reducing poverty, health awareness, and women’s rights.

Obama’s memoir, Becoming sold 10 million copies by 2019, which shows her popularity. Despite Michelle’s popularity, she has confirmed she will not be embarking on her own journey to become President and seems to be happy working to support a range of causes instead of following in her husband’s footsteps. Emma Watson is most famous for her role as Hermione Granger in the Harry Potter franchise, but since the last movie hit our screens, she’s taken on a range of other roles. However, she’s on our list for her incredible dedication to improving Women’s Rights across the world. After visiting Bangladesh, Watson committed herself to promote women’s education in developing countries and is a UN Goodwill Ambassador.

The actress and advocate also created a Goodreads group for feminists to share books with each other. This year she launched a phone line for people who suffer from sexual harassment at work and shows no sign of stopping her advocacy any time soon! 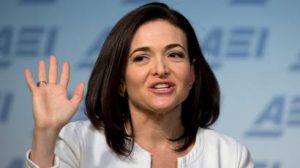 Sheryl Sandberg is the Chief Operating Officer of Facebook, and well-known in the business world. She made history in 2012 by becoming the first woman to join Facebook’s board of directors and built her wealth by gaining stock holdings from other companies.

Sandberg is also a board member of Women for Women International and the Center for Global Development. While others criticise Sandberg for the way she handles Facebook’s public relations and defending her former mentors’ comments about women. However, nobody can deny that Sandberg has built a strong career, and is one of the most influential women within the technology world. 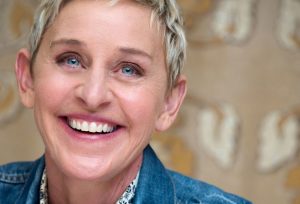 Ellen DeGeneres is one of the most loved television personalities in the world. Despite a career lull after first coming out of the closet, the talk show host is on top of the world and won’t be falling off any time soon! Her smash hit talk show is in its sixteenth season as still popular with viewers. During her career, Ellen has won 30 Emmy awards, 20 Peoples Choice Awards and received the Presidential Medal of Freedom in 2016.

In terms of activism, Ellen supports LGBT rights but is most known for her dedication to improving animal rights. As a practicing vegan, she advises others on how to adopt a vegan diet and works hard to promote animal welfare. In 2018, Portia De Rossi gave DeGeneres a permanent home for Gorilla’s in Rwanda as part of an ongoing conservation campaign with the Digit Fund.

While DeGeneres is one of the richest celebrities in the world, she cares deeply about others and continues to advocate for a range of causes. 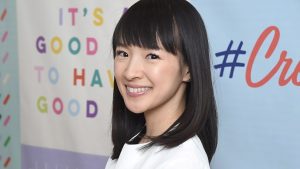 Marie Kondo made a name for herself by writing books on organization, which have been a godsend to millions of people! The Japanese organization consultant is most known for her book The Life-Changing Magic of Tidying Up which was published in 30 countries made Kondo a household name and got her a hit reality TV show on Netflix.

Tidying Up With Marie Kondo attracts a large audience and shows how Kondo’s innovative tidying up method works for many people. Instead of focusing on which items are useful, you should only keep items that bring joy into your life, which is a spiritual way of creating a peaceful living environment. Kondo has appeared on the Times 100 Most Influential People list and has a bright future.

Books Everybody Should Read Once!
Bedtime Routine That Will Ensure A Good Night’s Sleep
Advertisement