What To Watch On Netflix | Pzazz Magazine 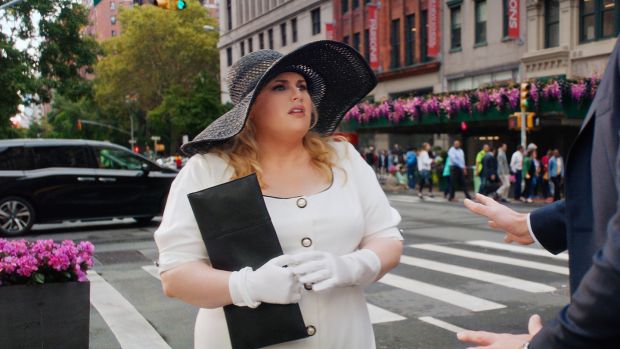 Netflix always has an abundance of shows for us to binge on, and this year is no exception. Whether you like documentaries, comedy, or drama, there’s plenty on offer this season. From Sandra Bullock fighting for her kids, to Jennifer Aniston starring as a former Beauty Queen, Netflix is delivering us with some fabulous entertainment. There are some compelling documentaries too, including a look at Amanda Knox and Madeline McCann’s disappearance. Here are some of Netflix’s must-watch shows.

The Disappearance of Madeline McCann

It seems like forever ago when Madeline McCann disappeared. The three-year-old girl was holidaying with her family in Portugal when she went missing. It led to the largest search for a missing child, but 12 years on the tragedy continues.

Netflix is known for its hard-hitting documentary series, and this one doesn’t disappoint. The documentary examines the moments leading up to Madeline’s disappearance, including where the investigation went wrong.

After multiple suspects, theories and the question of how much the McCann’s really know about that fateful night, the eight-part documentary raises some important questions.

Ricky Gervais is back with some genius writing in this touching series. After his wife dies from a long-term illness, Tony has to deal with his loss. The newspaper writer pushes people away and attempts to move on.

If you’re a fan of Ricky Gervais, you’ll love After Life. His comedic abilities, combined with a serious topic make this series a fantastic watch.

Season two of The Roman Empire introduced Cleopatra, the young iconic Queen, so we know season three will be epic! The series combines narration with drama and takes us through the most important moments in Rome.

This season will focus on Caligula, who is regarded as Rome’s craziest Emperor. Make sure you catch the other seasons before season three starts on the 5th of April.

Stranger Things is famous for its 1980s style vibe and resurrecting Winona Ryder’s career. Ryder stars as Joyce Byers, the mother of main character Jonathan Byers. Season two of the show saw some crazy things happen, including the return of Eleven. We can’t wait for season three, which will hit screens in July.

Based on a true-crime podcast, this series follows a woman’s relationship with a con artist. John seems perfect for businesswoman Debra, but things unravel. His lies and manipulation catch up with him, but how far will John go?

This mini-series focuses on the true story of serial killer John Christie. Set in London, Christie lured young women to his flat, promising to help them get an abortion. After reuniting with his wife, nine years since he left her, Christie invites her to live in London. However, she soon notices some disturbing signs.

While Orange is the New Black provides us with comedy and drama, Women Behind Bars is a real look at individuals serving jail time. The series looks at different cases and interviews the women who committed the crimes.

Some stories are quite harrowing, and the honesty of the women enables viewers to gain insights about why they committed the crime. Definitely worth adding to your watch list.

Amanda Knox is one of the most hated women in the world, but is she a victim? After spending four years in an Italian prison, she was eventually acquitted of murdering Meredith Kercher. However, many still believe she’s guilty of the crime and her life has been a haze of publicity ever since. Now, she finally talks about the interrogation and her years in prison.

Fans of good old-fashioned medieval sword fights will love Outlaw KIng. Chris Pine stars as Robert the Bruce, who freed Scotland from England’s control. The movie focuses on how the King used guerilla warfare techniques to outsmart the British Army and free his people.

If Sandra Bullock signs up to a Netflix movie, you know it will be good right? Bird Box doesn’t disappoint! The post-apocalyptic drama has strong sci-fi elements, and the premise is intriguing, but very much like A Quiet Place. Bullock has to save her children and find sanctuary without taking off her blindfold. Why? Because a mysterious creature causes those that see it to become suicidal or homicidal.

Jennifer Aniston’s getting in on the Netflix movie action this year, with her starring role in Dumplin. A beauty queen from Texas is shocked when her overweight daughter, Willowdean announces she’s entering a pageant. Her defiance to conform to society’s beauty standards inspires the town and soon, others follow suit.

Featuring lots of laughs, a great cast, and a small town theme, Dumplin brings some light-hearted fun to Netflix.

This 20th Century drama stars Dan Stevens, trying to save a loved one from Martin Sheen’s cult. Set in the early 1900s, he encounters the dark forces of a cult that ruins each members lives with their control.

If you’re a fan of psychological thrillers, then Apostle will leave you on the edge of your seat.

Mowgli – Legend of The Jungle

Disney re-vamped the Jungle Book and gave us a modern-day version of the timeless classic. Now Netflix has jumped on the bandwagon, with their own adaption which features the beloved characters of Balloo and Bagheera.

Christian Bale and Cate Blanchett lend their voice talents, and while it’s basically a re-hash of both Disney movies, we’re still watching it!

Now, this is one for teenage girls everywhere, but it’s great for a nostalgic teen movie trip. Elle finally has her first kiss, but there’s a catch – it’s with the hottest boy in school. Now she has to juggle a new romance, with her friendship.

If you hate cliche Hollywood romances, you’ll find this movie delightful. The story centres on a woman who finds herself trapped in a romantic comedy after hitting her head. Featuring Rebel Wilson and a host of gorgeous men, this movie will have you laughing!

Summer Sun 2019: Where to Go This Year
Tainted Love? How to Spot a Sociopath
Advertisement