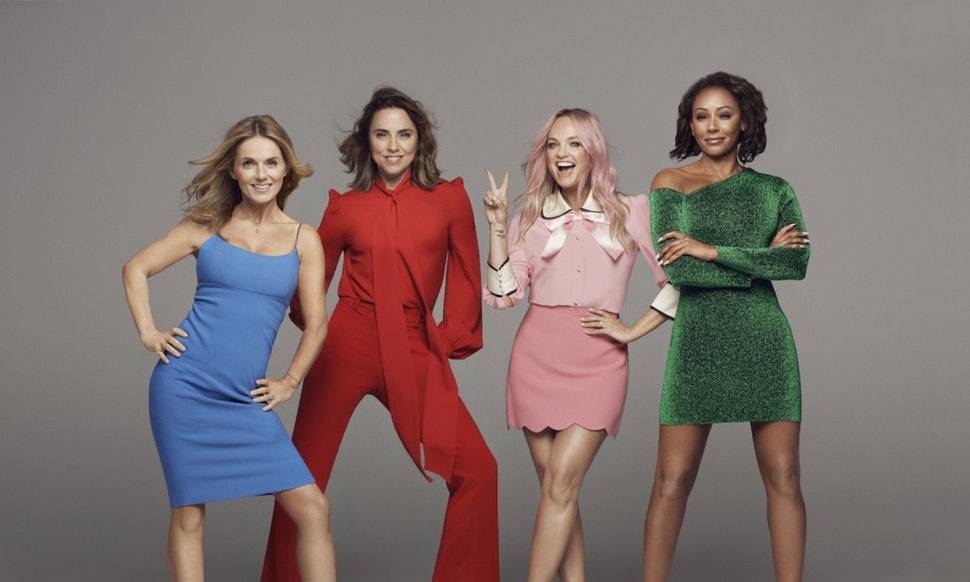 Unless you live under a rock, you will have heard that yesterday the Spice Girls announced they will be doing a stadium tour in Summer 2019. Yes, you can spice up your life one more time with Ginger, Baby, Scary and Sporty, with a notable absence from Posh, but we’ll ‘get to the tea’ on that. Here is everything you need to know about the Spice Girls reunion tour 2019…

The announcement featured four out of the five Spice Girls in a split screen, whom appeared to be waiting to go live on a television interview. Geri turns up late wearing a blue sparkly dress as opposed to the tuxedos the girls had previously discussed, and Emma is contemplating whether she can still pull off bunches or not. They’re all talking over each other when Emma breaks into the classic  ‘Spice Up Your Life’ and all four girls join in. The announcement was shared on their brand new social media platforms.

WHEN DO TICKETS GO ON SALE?

With an expectation to sell out in record timing, the tickets for the 6 date stadium tour go live on Saturday 10th November at 10:30am GMT – expect to queue for a while.

WHY NO POSH SPICE?

The most shocking part of this unexpected tour, is the absence of Vicky B. Victoria Beckham has made the decision NOT to join her band mates on their tour starting on June 1st 2019. Rumours have been swirling about bad blood for years amongst the group, mostly involving Victoria, and this reunion snub seemed to confirm those. However, Victoria Beckham posted on Instagram today to defuse the rumour mill by congratulating her band mates with this caption…

“Today marks a special day for the girls as they announce the first tour dates since we performed together in 2012! I won’t be joining my girls on stage again but being in the Spice Girls was a hugely important part of my life and I wish them so much love and fun as they go back on tour next year. I know they will put on an amazing show and the fantastic fans past and present are going to have a wonderful time! X vb #spicegirls #friendshipneverends”

Victoria Beckham has not confirmed why she won’t be joining the tour, but other than wild rumours it is likely that she is focusing on her children, and her successful fashion brand. Despite saying she won’t be reuniting with the girls, Mel B has said that the door is open for Victoria, and the girls hope she will join them further down the line.

WHAT CAN YOU EXPECT?

With huge expectations, Spice Girls fans who manage to get their mitts on tickets will be in for a treat. The girls are, naturally, expected to perform all of their greatest hits from 90s and 00s. We’re hoping for the Union Jack dress to make another appearance and Jess Glynne is the supporting act for all six dates.

So strap yourself in and spice up your life super fans! We have high hopes for this tour and look forward to fighting for tickets on Saturday morning!