Tainted Love? How to Spot a Sociopath | Pzazz Magazine 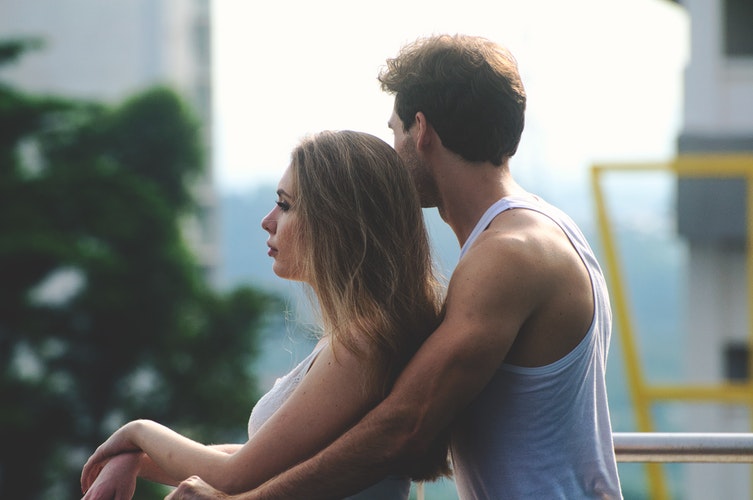 We all dream of meeting that special someone and wait for the day it finally happens. Our busy lives and lack of social interaction can make it hard to find a genuine connection, but not impossible. Online dating has become one of the most popular ways for people to seek a romantic relationship. Thousands of profiles are set up each month, and there are niche dating sites for farmers, the LGBT community and even fetish communities. However, the internet is also the perfect hunting ground for predators.

Statistics from the Citizens Advice Bureau show that millions of people fall victim to online fraud each year. Common scams include fake photos to attract people, women from other countries asking for money and predators with very dark intentions. While most people know about these risks, women don’t think about one of the most dangerous online scams; the dating sociopath.

What Is a Sociopath?

Society often thinks of Sociopaths as cold-hearted serial killers, but only a minority engage in violent behaviour. In most cases, individuals with Antisocial Personality Disorder enjoy manipulating people and lack empathy.

As human beings, we’re geared towards social contact and enjoy forming bonds with others. If a friend is upset, we comfort them because we care about how they’re feeling. Sociopathic people don’t think about others and often brush it off when someone is hurt.

You’ll often find that sociopaths make the best first impression but cannot offer emotional support and commitment in a relationship. They have no problem taking your money, having affairs and will always put themselves first.

While Sociopaths have many personality traits, the following are most associated with sociopaths.

✔ Controlling behaviour, which makes it hard to have a healthy relationship.

✔ False charm and an expert at reading social cues

✔ Using people as a means to an end

✔ Easy to anger and problems controlling their temper

✔ Gets agitated when confronted about their lies

✔ Excessive boredom which leads to risk-taking and manipulative behaviour

✔ The ability to switch off their empathy, meaning they know what they’re doing is wrong but choose to ignore it.

If you’ve recently seen Dirty John on Netflix, you’ll know how easy it is for intelligent, successful women to get swept away by a Sociopath. They know what they’re doing, spend years perfecting their techniques and appear to be the perfect partner. Most women understand the pitfalls of online dating and aren’t strangers to the disturbing messages they sometimes receive. This makes online dating perfect for Sociopaths because they can create a personality women will be drawn to.

Sociopaths love power and respect, so often choose jobs that emulate authority. The problem is, most of the time their real job differs completely from their online persona. Doctor, Lawyer, FBI Agent and even CIA Operative are all popular job choices for antisocial personalities.

If your relationship develops offline, you might notice some inconsistencies in your partner’s stories. For example, he once told you he grew up in foster homes but mentions how important his mother is when he meets your family. Sociopaths will change their story, personality, and behaviour to fit into every social situation. Noticing these small inconsistencies will save you from a lot of heartache.

Is it Moving Too Quickly?

You’ve had bad relationships in the past and have given up on finding someone. Now, there’s this amazing guy telling you he wants to meet you, marry you and be your Prince Charming. We get it, and nobody could blame you for wanting to believe in this person. Remember, if it seems too good to be true, it probably is.

Sociopaths want to immerse themselves in your life for three reasons:

If an individual is trying to get you to delete your dating profile after one date, or wants to know who you’re speaking to, it’s not because they care. The Sociopaths goal is to take you off the market and keep you for themselves.

Never count on a Sociopath to be on time, because you’ll be disappointed. Sociopaths march to the beat of their own drum and often disregard important commitments. While most people attempt to be on time for an engagement, Sociopaths will arrive at a restaurant an hour late, laugh it off and make you feel stupid for being upset. You’ll also find that your new partner has a busy life, and can disappear for days at a time. They’ll often blame this on their job, or family commitments.

The bottom line is if you sit alone more often than not and wondering where your partner is, maybe it’s better to be alone.

An individual with anti-social personality disorder sees themselves as a Lion, and you’re the powerless Antelope. It doesn’t have to be this way though, because Sociopaths only have power if you give them it. They’ll always go for vulnerable people, and if you stand strong and let them know you won’t be broken, they’ll move onto someone else.

Don’t let your fears stop you from online dating, because there are plenty of amazing people online. Follow these tips to make sure you protect yourself from harm.

➜ Make sure you have a Skype conversation with someone before you meet them.

➜ Always meet in a public place and take your own car.

➜ Be aware of any inconsistencies and watch out for controlling behaviour.

➜ If it doesn’t feel right, then it probably isn’t. Trust your instincts.

➜ You can end the relationship at any point. Leave before it’s too late!

What To Watch On Netflix
Fancy A Girls Holiday? We’ve Got The Best Destinations!
Advertisement