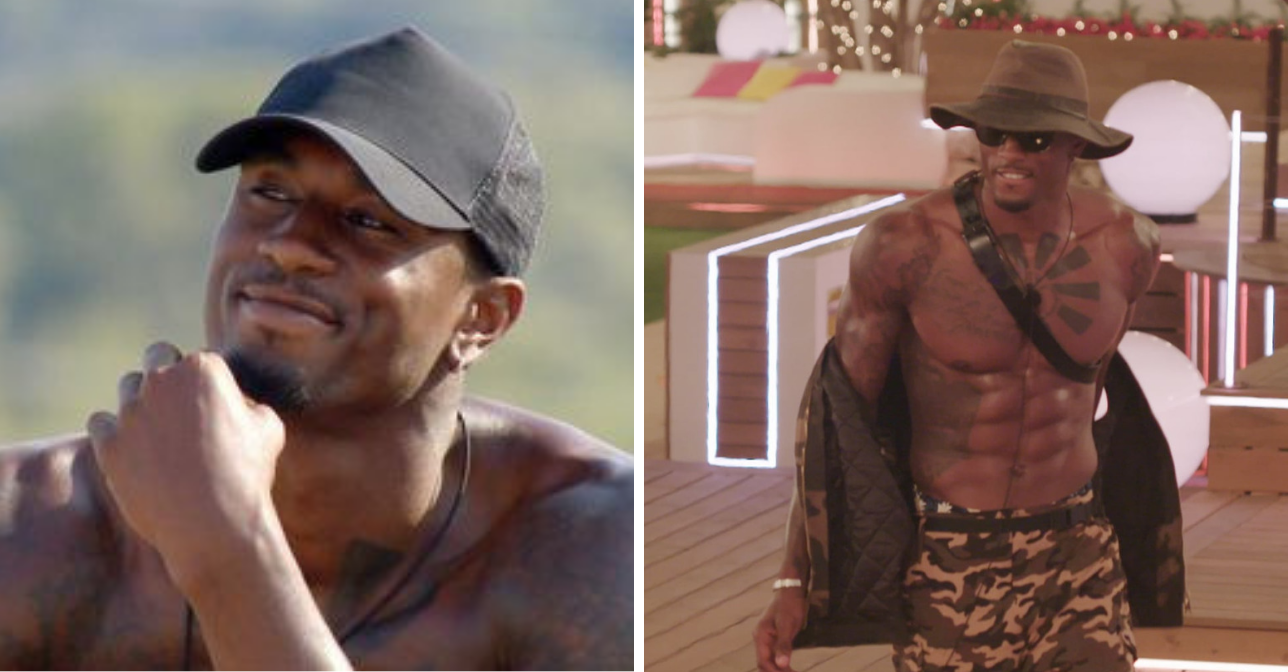 Hands up if you’re HOOKED to this year’s Love Island! We’re nearing the end of the fifth series of the smash show that has had the nation talking for the last seven weeks. One late addition to the villa has made a huge impact, and Love Island fans are besotted.

Ovie Soko, a basketball player from London, was one of the six male bombshells that landed into the Casa Amor villa, nearly a month ago. Ovie originally stole the attention of raven haired babe, Anna Vakili, and has now stolen the hearts of the entire nation.

The almost 7 foot tall hunk has been providing some of the best and most entertaining moments since his arrival, and fans of the show can’t get enough of his cool and calm personality. He is currently coupled up with new islander, India, and shared a kiss with the brunette on the rooftop terrace a couple of days ago.

The Goosebumps… Coming to a dance floor near you! 😝#LoveIsland @LoveIsland pic.twitter.com/MIiYQ4vqV6

Me listening in on drama going down like: #LoveIsland pic.twitter.com/ljTKzPyPtc

3. Ovie makes breakfast regularly for the villa, and his entertaining cooking moments, we hope are leading to his own cooking show…

Ovie wants to know how you all like your eggs in the morning? 🍳 #LoveIsland pic.twitter.com/8ZyEr3DNFq

4. Ovie keeping his hat’s in the freezer to keep his head cool because he’s a genius…

OVIE KEEPS HIS HAT IN THE FRIDGE TO KEEP HIS HEAD COOL THAT IS TOO PRECIOUS IM DEAD #LoveIsland pic.twitter.com/J7erKiiOHD

5. Ovie minding his own business, enjoying his free all inclusive holiday with no stress…

Ovie probably don’t even care about the new girls, man’s just there for his holiday #loveisland pic.twitter.com/SOcG9VC67U

6. Ovie reacting to Maura giving Curtis a lap dance will never be forgotten…

Nothing can beat this moment. #loveisland pic.twitter.com/MUJGk0vEW0

7. The way Ovie protected Amber and stuck by her side when she was going through a bad time…

Listen tho. The way Ovie held Amber after the decision was made, the way he comforted her and listen to her. Ugh, a MAN. I just really wish they end up together and win THIS #LoveIsland pic.twitter.com/QtpnYH32SQ

And Ovie shouting "MESSAGE!!" from Don’t Be a Menace to South Central While Drinking Your Juice in the Hood #LoveIsland pic.twitter.com/QJzwnSV3Bt

9. He doesn’t take himself too seriously, and has given us a thousand memes in his short time in the villa…

1o. He gives the best advice and is always there for his pals…

you’ve carried yourself like a BOSS!” man ovie makes my heart 💓💗💓💗💓💗💓💗💓 i love how supportive he is for amber can we just get some love for ovie xoxoxo #LoveIsland pic.twitter.com/UsDqJ2dALM