The Five Most Iconic Glastonbury Sets of All Time | Pzazz Magazine 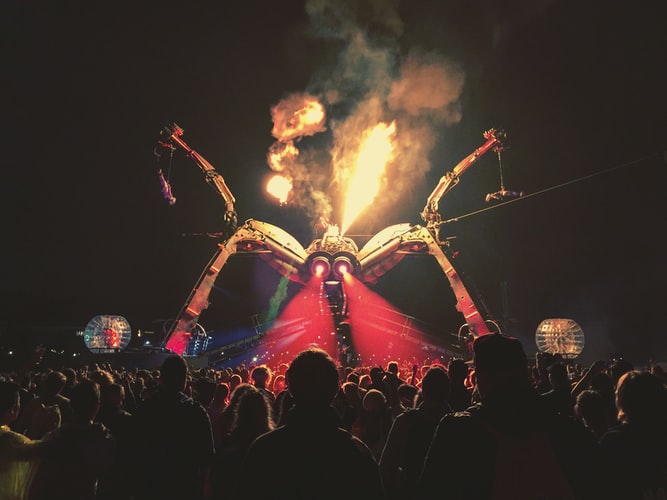 Founded back in 1970 by Michael Eavis, owner of Worthy Farm in Somerset, Glastonbury was originally known as the Pilton Pop, Blues & Folk Festival. The first year attracted a crowd of just 1,500. Entry cost £1 – plus unlimited milk from the farm!

2020 would have been Glastonbury’s 50th anniversary. Kendrick Lamer, Paul McCartney and Taylor Swift were announced to headline at the Pyramid Stage. But in March, following the spread of Covid-19, Micheal Eavis and his daughter, Emily announced the cancellation of the festival.

Since Glasto has been cancelled this year, we decided to look back at some of the Festival’s most iconic moments. Check out our list below for our favourite Glastonbury sets!

When The Stone Roses were forced to cancel their 1994 performance with just a week to go – Britpop band Pulp stepped up. Their performance is still regarded as one of the most iconic sets of Glasto history. And when Pulp finished their set with Common People, released earlier that year, the crowd went wild!

Frontman Jarvis Cocker, struggling with nerves the night before Pulp’s set, wrote down a few notes. On stage he read out some of these to a cheering audience:

“You can’t buy feelings and you can’t buy anything worth having. And the other thing is – if you want something to happen enough, then it actually will happen. Okay. And I believe that. In fact, that’s why we’re stood on this stage. Today, after fifteen years.”Jarvis Cocker

After the media accidentally reported Bowie as a confirmed act for Glasto 2000 tickets sold out in record time. Not wanting to disappoint his fans Bowie decided to perform after all!

We’re glad Bowie did because it led to one of the most exciting Glastonbury sets of all time. He began his set reminiscing about his first Glasto performance:

“In 1971 when I first played here I stayed at Worthy Farmhouse – with a couple of other people. Huge bottle of tincture of cannabis from a London doctor, for medicinal reasons. And got out to the stage about 5.30 in the morning. This is so cool for us. It really is cool. I’ve not been here for 30 years and it’s f**king great!”David Bowie

Jay-Z’s 2008 performance was a bold and defiant stand against Noel Gallagher’s derogatory view of Rap & Hip-Hop. In the months leading up to the festival, Gallagher had made it clear he was against the inclusion of Jay-Z’s music.

Which made Jay-Z’s rendition of Oasis classic Wonderwall all the sweeter! His set, including 99 Problems and a cover of Amy Winehouse’s Rehab, bashed the ridiculous notion that Rap didn’t belong at Glastonbury.

During his iconic set Jay-Z told the crowd:

“For those that didn’t get the memo my name is Jay-Z and I’m pretty f**king awesome.” Jay-Z

A few years after her husband’s performance Beyonce took the Pyramid stage by storm. Her choreographed dance routines and amazing vocals made the set one of the best in Glasto history.

Whatsmore she didn’t let the energy drop once exclaiming to her audience:

“You are witnessing a dream! I always wanted to be a rock star!” Beyonce

Patti Smith’s epic punk-rock performance at Glastonbury 2015 was certainly iconic. It might not have been to everyone’s taste but her performance embodied punk and rebellion.

Her set included some pretty crazy moments – singing happy birthday to the Dalai Lama, breaking her guitar and shouting at the audience “I’m a f**king animal!”.

During her cover of My Generation by The Who, Smith shouts:

“My generation we have dreams. And we’re still f**king dreaming! I don’t give a f**k what anybody thinks. We’re gonna change the f**king world!” Patti Smith

What did you think of the list? What are your favourite Glastonbury sets? Let us know in the comments!