What we know about the Australian fires and how can you help? | Pzazz Magazine 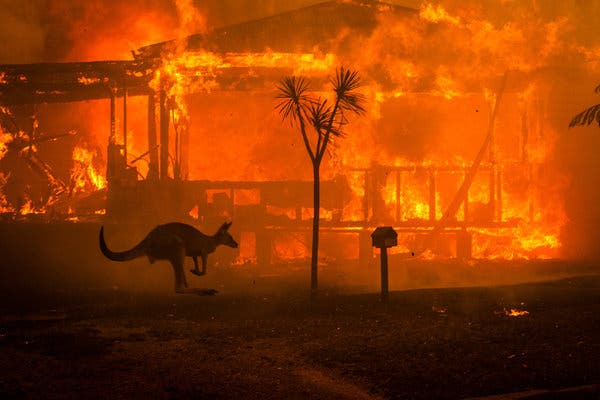 It’s been almost a month since the Australian Bush fires, and attention from the devastation seems to be dwindling away.

The sad reality is, the heavy rain has helped to control some of the blazes, it’ still not over. Australia is only halfway through summer, and temperatures are still yet to peak. This means, there is still a high fire risk for the months.

The impact of the fire

The full impact of the historic fires is yet to be determined. However, it is believed that these wildfires unleashed about 900 million tonnes of carbon dioxide into the atmosphere. To put this in perceptive, this is nearly double the country’s fossil fuel emissions, for a year.

Some of the emissions could be offset by forest regrowth. That being said, many researchers are worried that these devastating fires could accelerate the growing threat of climate change.

The physical impacts are perhaps the most striking. The fires sadly killed at least 33 people, and a staggering 1 billion animals are no estimated to have been killed.

The effects of smoke exposure and inhalation are also predicted to have serious effects. Premature death could be a result of air pollution, stemming from the fires.

The fires have also had countless agriculture impacts – by destroying crops and livestock. The recovery and regrowth of this are likely to put a strain on water resources, which is already being challenged by the drought.

With such a large amount of attention being placed on the fires, public attitudes seem to be changing.

In the past, many people have denied the link between climate change and intense bushfires. Now, it is hard to ignore or deny.

Many organisations and influencers are bringing attention to climate change, and how it can increase the likelihood of extreme weather events, just like this.

What can we do?

How can we help Australia recover from the wildfires? There are certain things that you can do. Even if they are seemingly small steps, every little action makes a difference.

I hope this clears up some of the information about the Australian fires, and lets you know how you can help. Remember, no step or donation is too small – every little helps.